Getting Around Buenos Aires 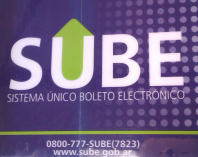 Getting around Buenos Aires is relatively easy and fast (except for rush hour).  Taxis are pretty reasonable, but the cheapest way by far is by city bus, known as the colectivo, or by subway, called the subte.  Trains/trenes are also inexpensive and best for trips to the suburbs, such as to San Isidro, Hurlingham or Tigre.  Travel between cities by long-distance double-decker bus, known a micro, is also a very common mode of travel in Argentina.

Ferry travel to Uruguay is easy from Buenos Aires, either to Colonia del Sacramento (1 hour by rapid ferry) or to the capital, Montevideo (3 hours by rapid ferry).